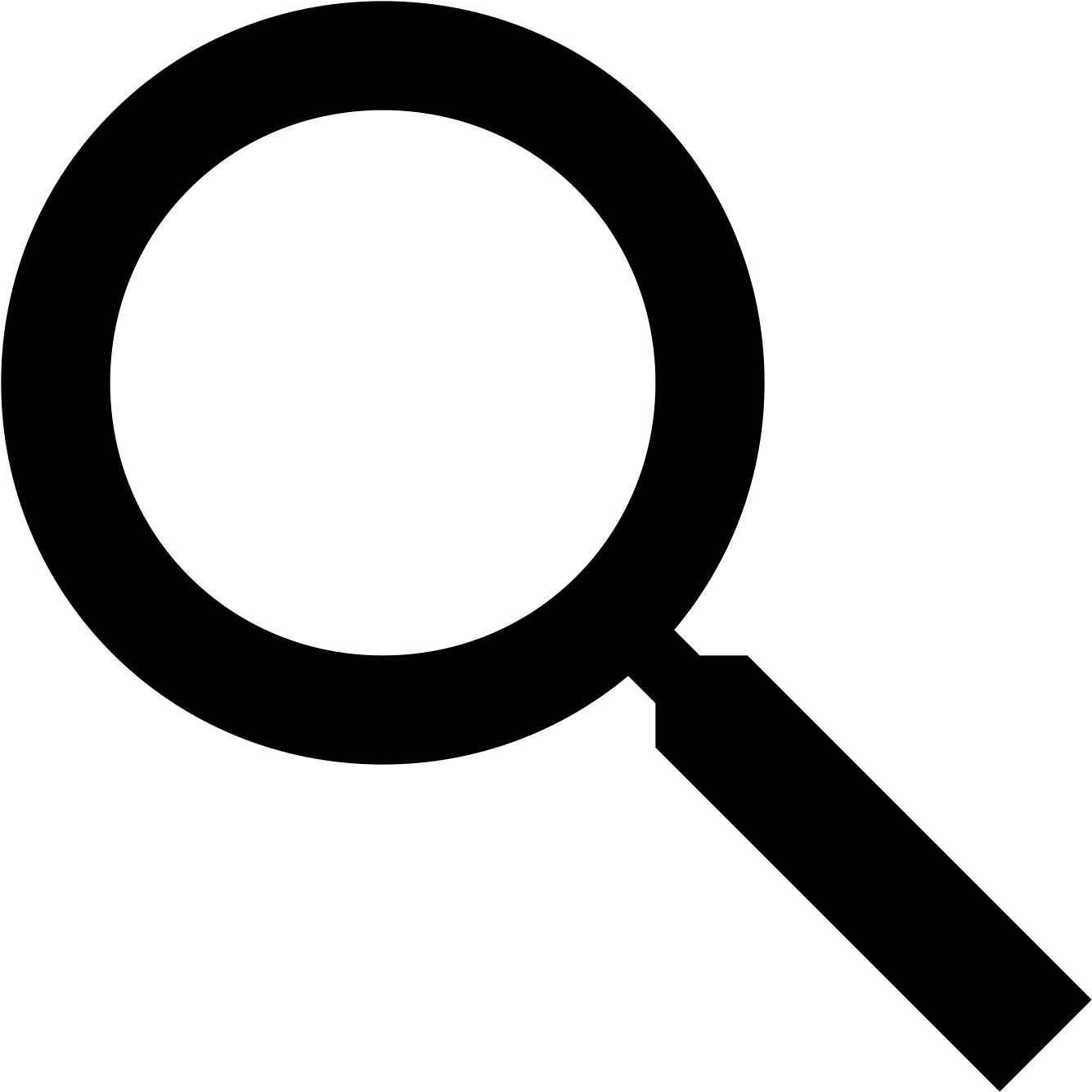 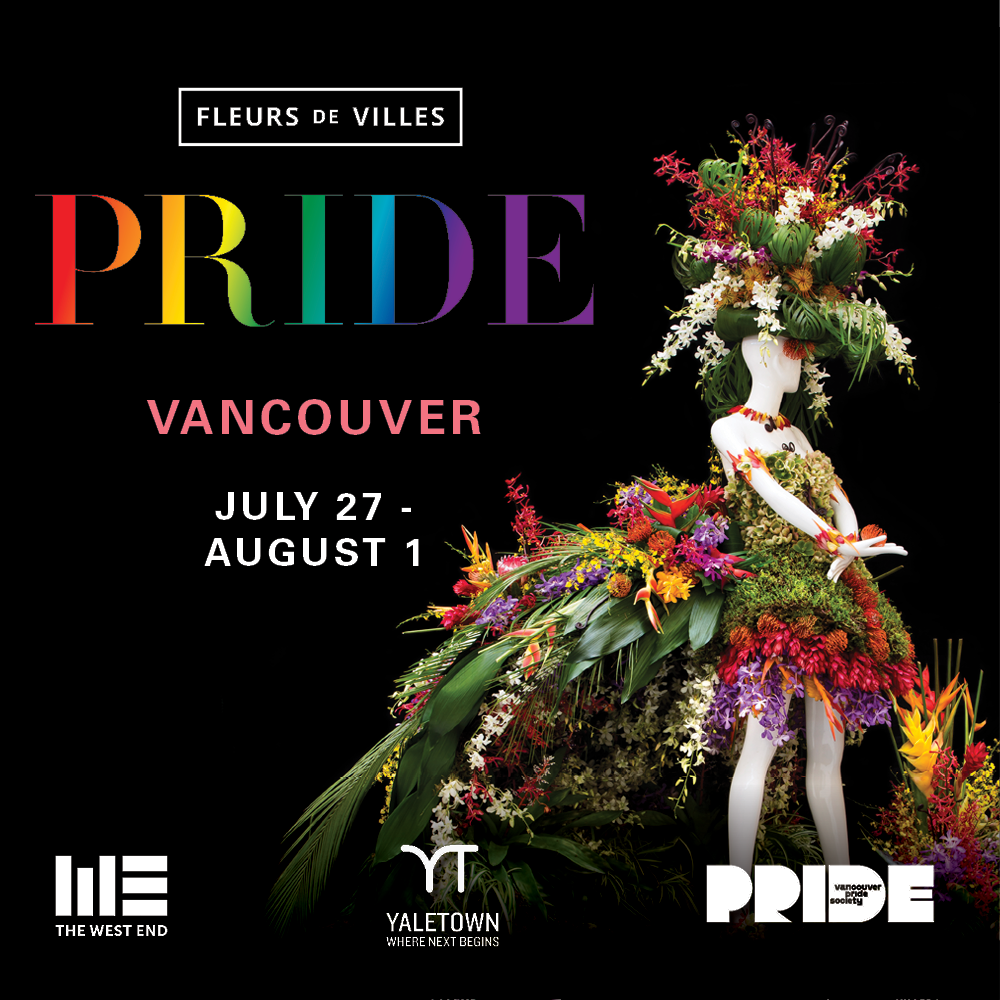 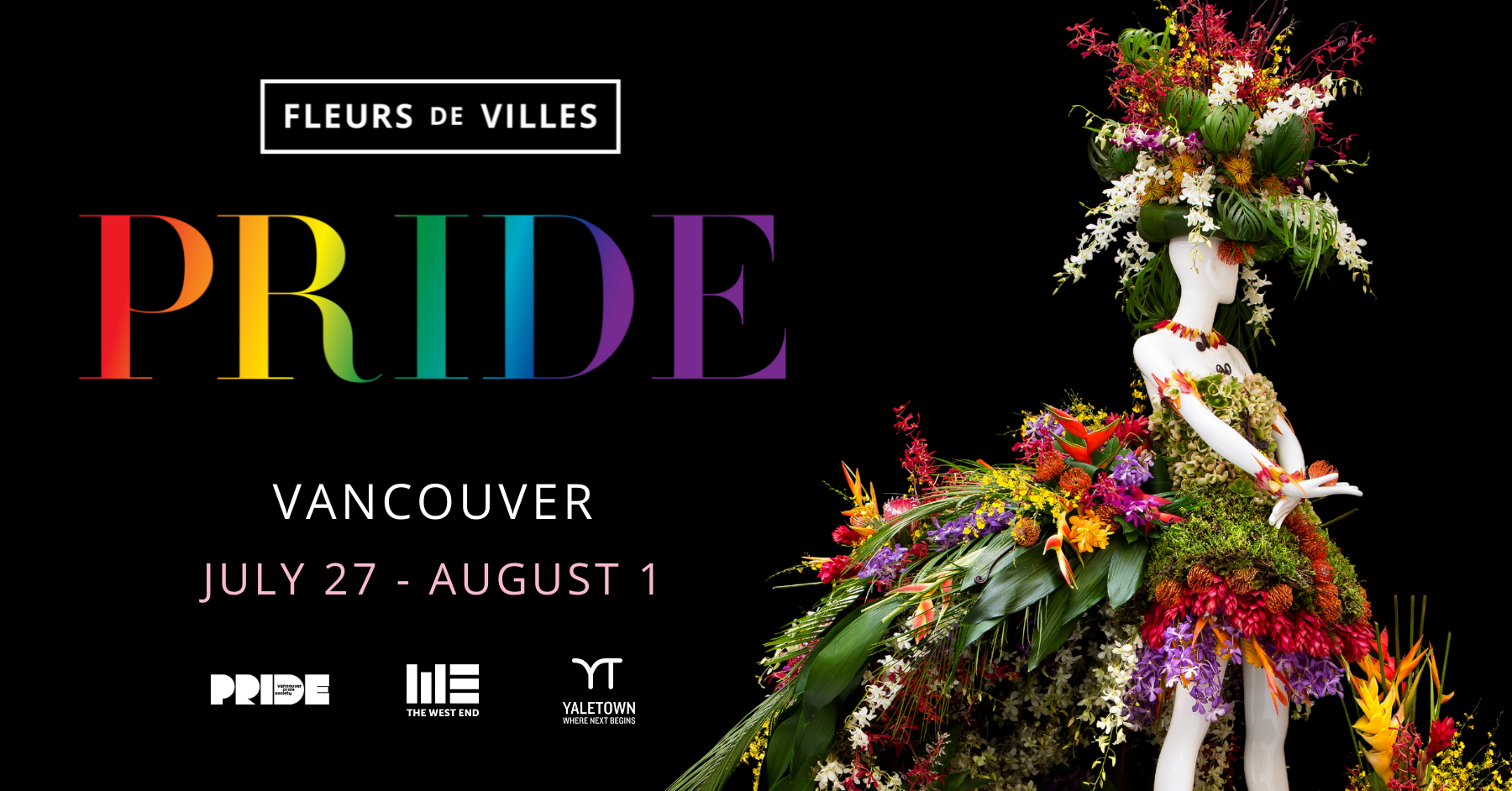 For the first time ever, join us in Vancouver for Fleurs de Villes PRIDE – a floral celebration of joy and inclusivity. From July 27 to August 1, these floral installations will be completely free and open to the public. Enjoy flower-bombed benches, rainbows, swings and selfie-frames this Vancouver Pride weekend.

The West End and Yaletown each play a distinct part in Canadian 2SLGBTQAI+ history. Fleurs de Villes is proud to join these neighbourhoods in honouring that history, while celebrating the best way we know how - with flowers!

While there had been a concentration of queer communities in the West End since the 1940s, Davie Street’s gay village didn’t become fully visible until the 1970s.

The first parade, simply a march of residents down the sidewalk, occurred in 1978. A few years later, in 1981, The Pride Society was incorporated and 10 days of festivities organized around an official parade.

On July 6, 1979, Yaletown became home to the first lesbian-owned and lesbian-run bar in Vancouver. The Quadra, located at 1055 Homer Street and on top of a postal sorting station, was only open for a short 18 months, but the impact was felt strongly by the city’s lesbian and gay community. The Quadra began on a shoestring – in fact, founders Suzan Krieger and Heather Farquahar somehow were able to get the keys after an initial viewing and quickly print up flyers to promote the place on its first night. The club was packed and the two were able to make their deposit on the building. The Quadra was officially open. But the party was over almost as soon as it started. The lease ran out and the bank wasn’t comfortable loaning money to a lesbian business. It was a homophobic world in the early 80s.

The only other gay club in the area was The Gandydancer. The cutting edge gay club opened in 1975 and was located at 1222 Hamilton Street where Bar None currently tops the nightclub scene in Yaletown. FUN FACT: The term gandy dancer was slang for early railroad workers who laid and maintained railway tracks. It’s thought that the workers made “dancing” movements using a specially manufactured 5 foot lining bar (possibly called a “gandy”) as a lever to keep the tracks in alignment. 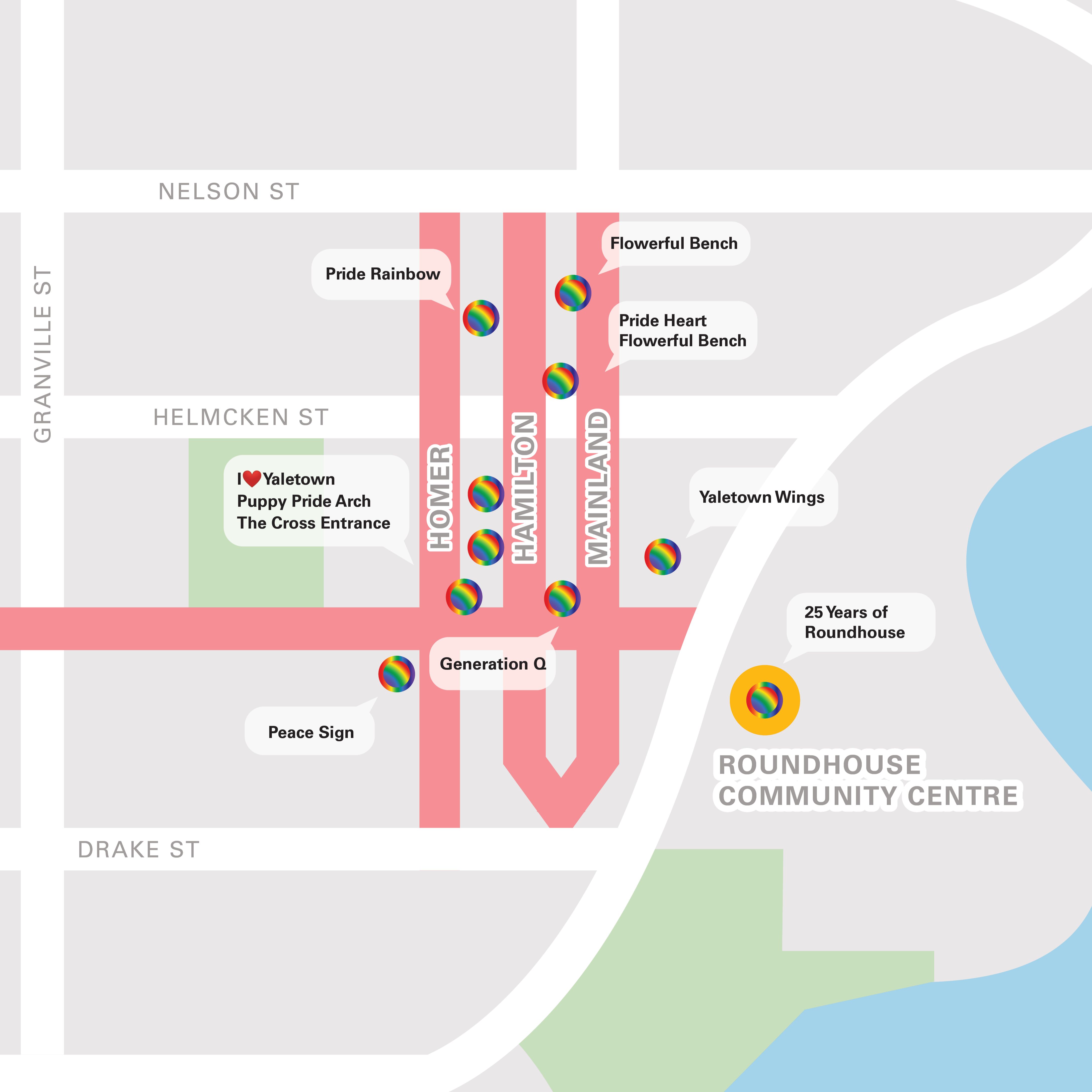 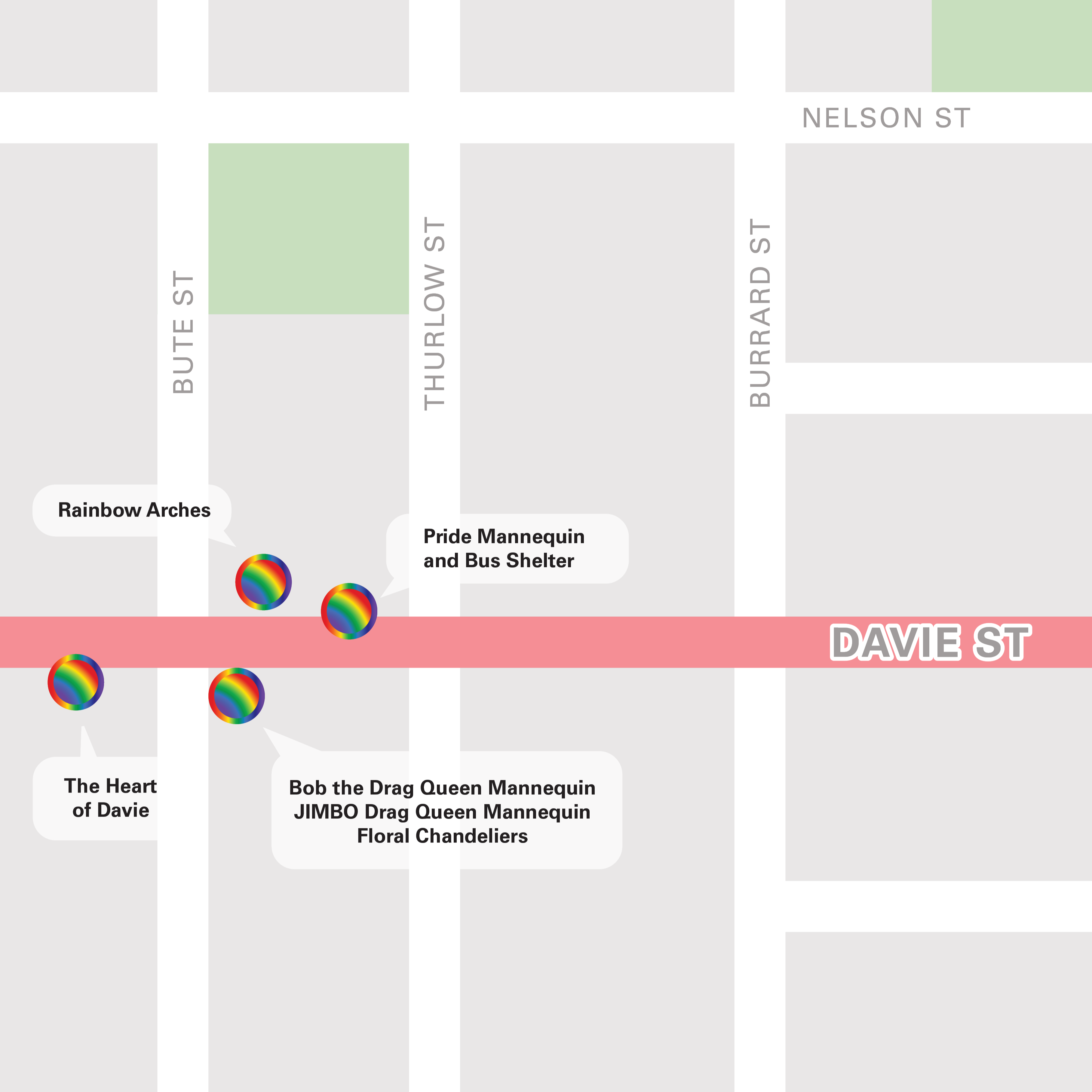 Created by Get a Bouquet @get_a_bouquet

Created by The Flower Factory @flowerfactory

Jim Deva Plaza is named after the founder of Little Sister’s Book and Art Emporium and longtime activist for Vancouver’s 2SLGBTQAI+ community.

The Heart of Davie

Created by Elope With Us @elopewithusvan

Calling all drag stans! Meet our street team along with your favourite local drag performers to answer iconic Pride trivia, test your knowledge, and win some FREE swag! Watch VPS socials to find out where you and your besties can find us each day!

Indulge in your favourite beverage at the Vizzy Forest Lounge in Davie Village! Be at the heart of all things queer, and surround yourself with the community. Enjoy lounge-style entertainment featuring your favourite local drag performers and musicians.

In years of financial uncertainty, Terry Wallace, funded and sustained the Pride Parade, through Castle Pub’s 50/50 and pull-tab machines. Vancouver Pride honours Wallace’s work by hosting the Annual Terry Wallace Memorial Breakfast. Enjoy a pancake breakfast by-donation in Jim Deva Plaza and commemorate one of our society’s founders. This event is made possible with support from Your Independent Grocer on Davie street who will be cooking up a fabulous breakfast.

It’s finally time to get Together Again! Join Vancouver Pride Society, 2SLGBTQAI+ communities, queer serving organizations, and allies in marching for the first in-person Vancouver Pride Parade since 2019. Witness history, make memories and share space with the friends and chosen family you’ve missed. Gather, take up space and be your full authentic selves—together. 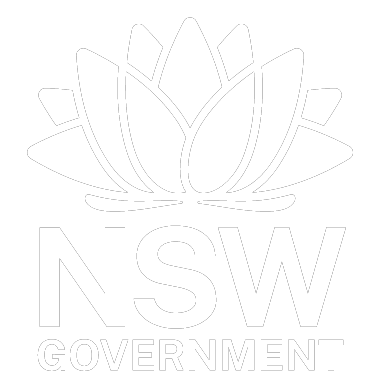 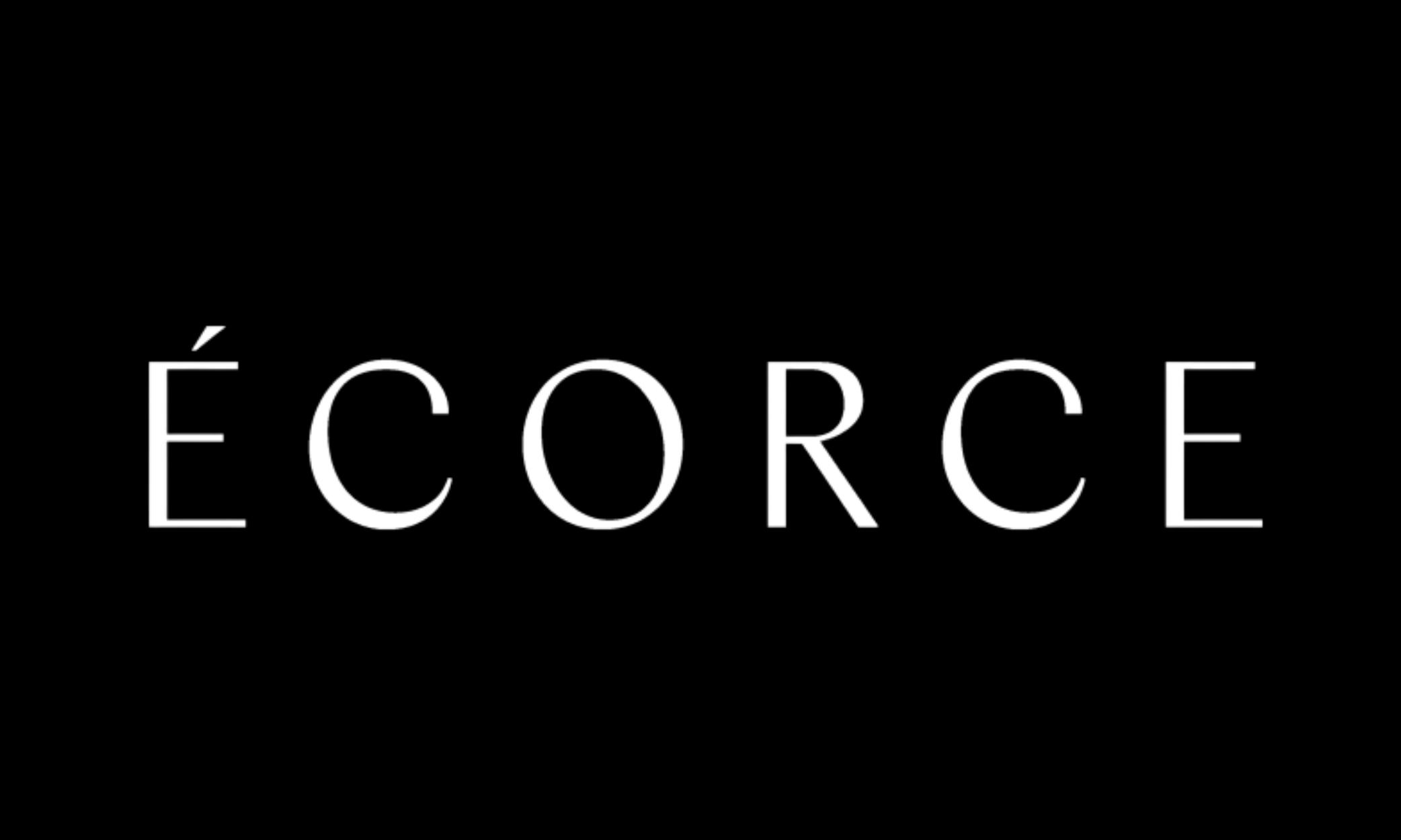 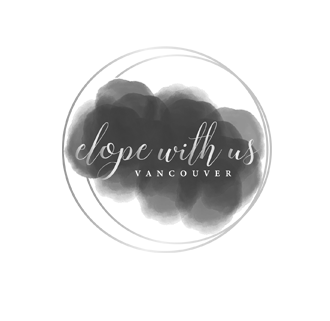 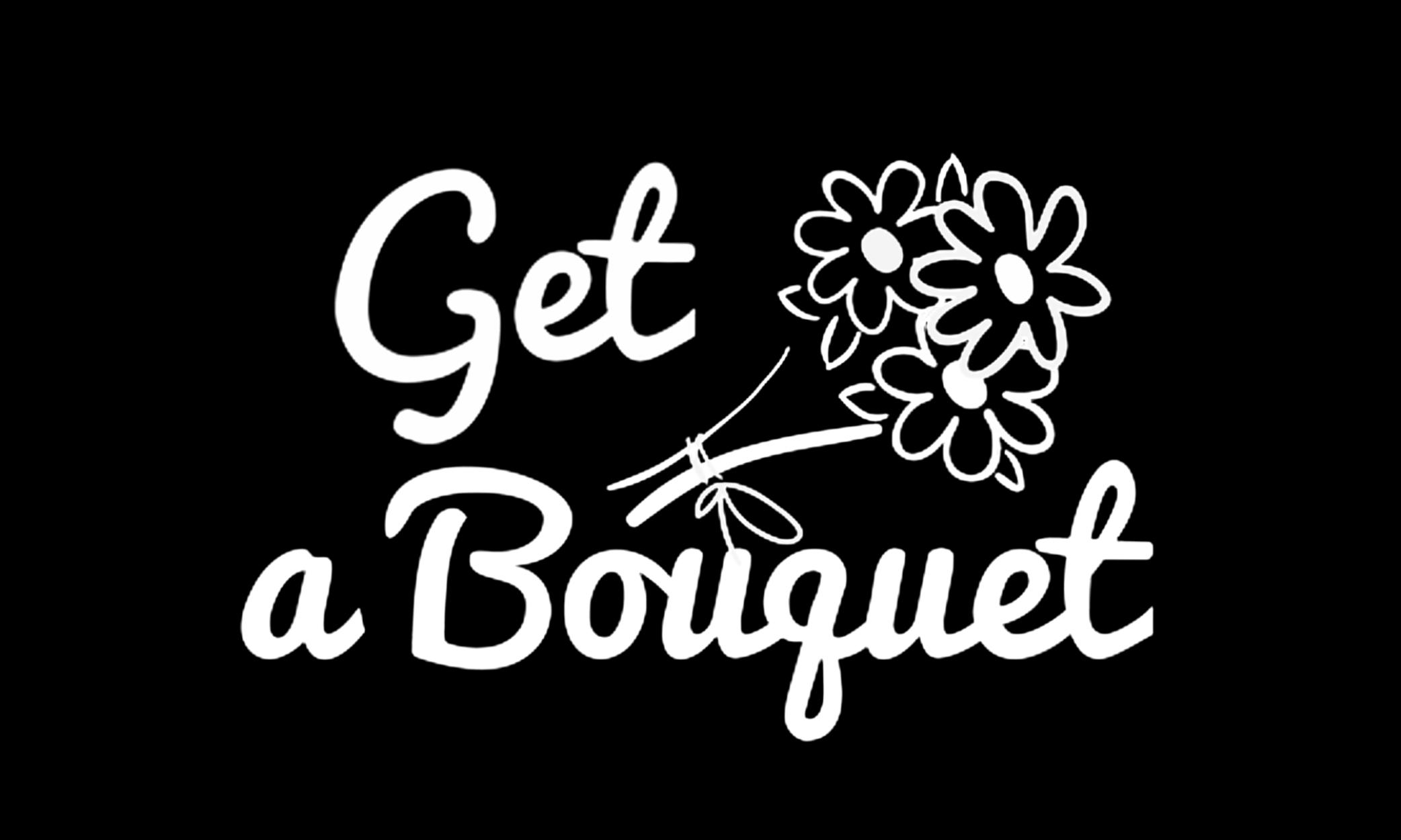 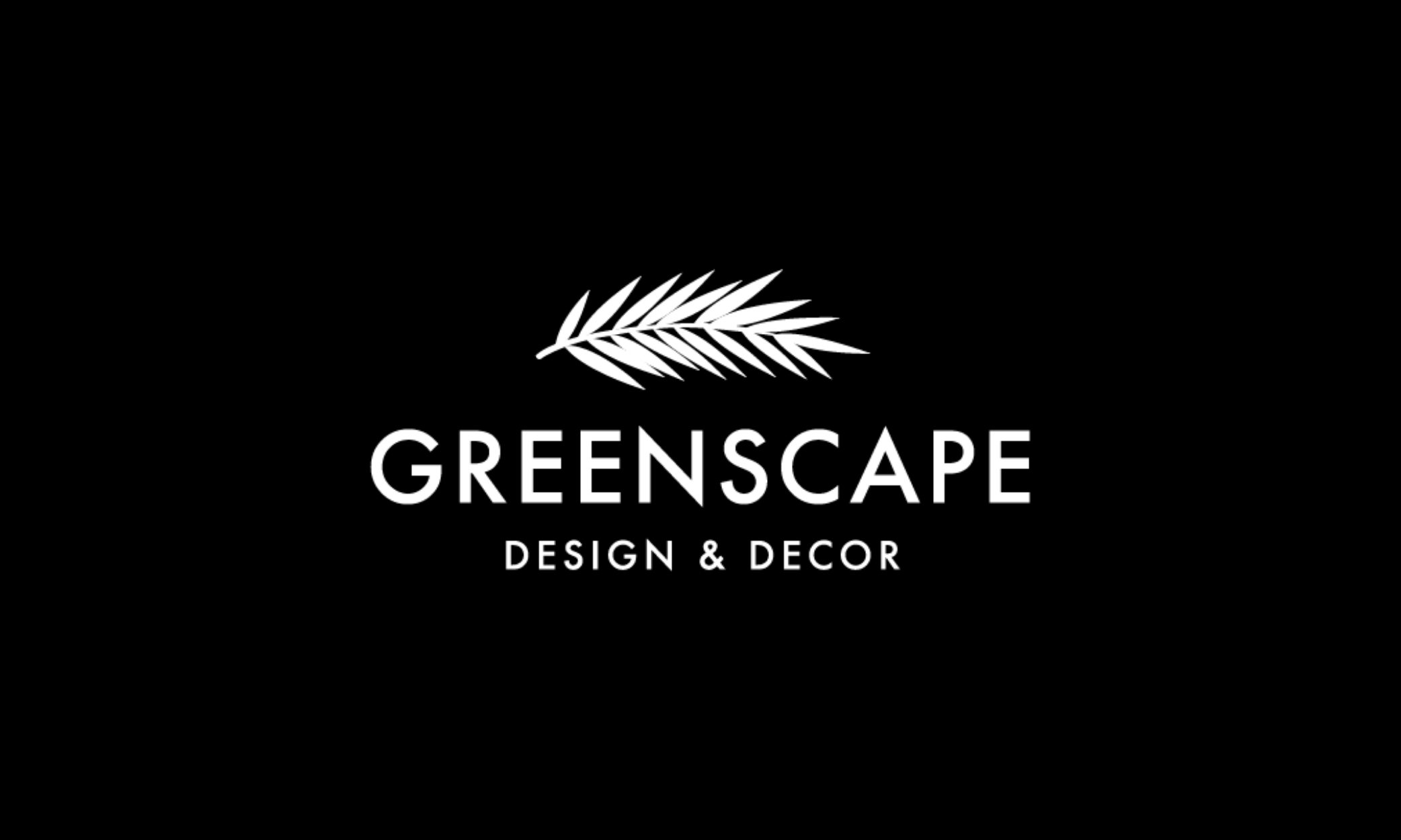 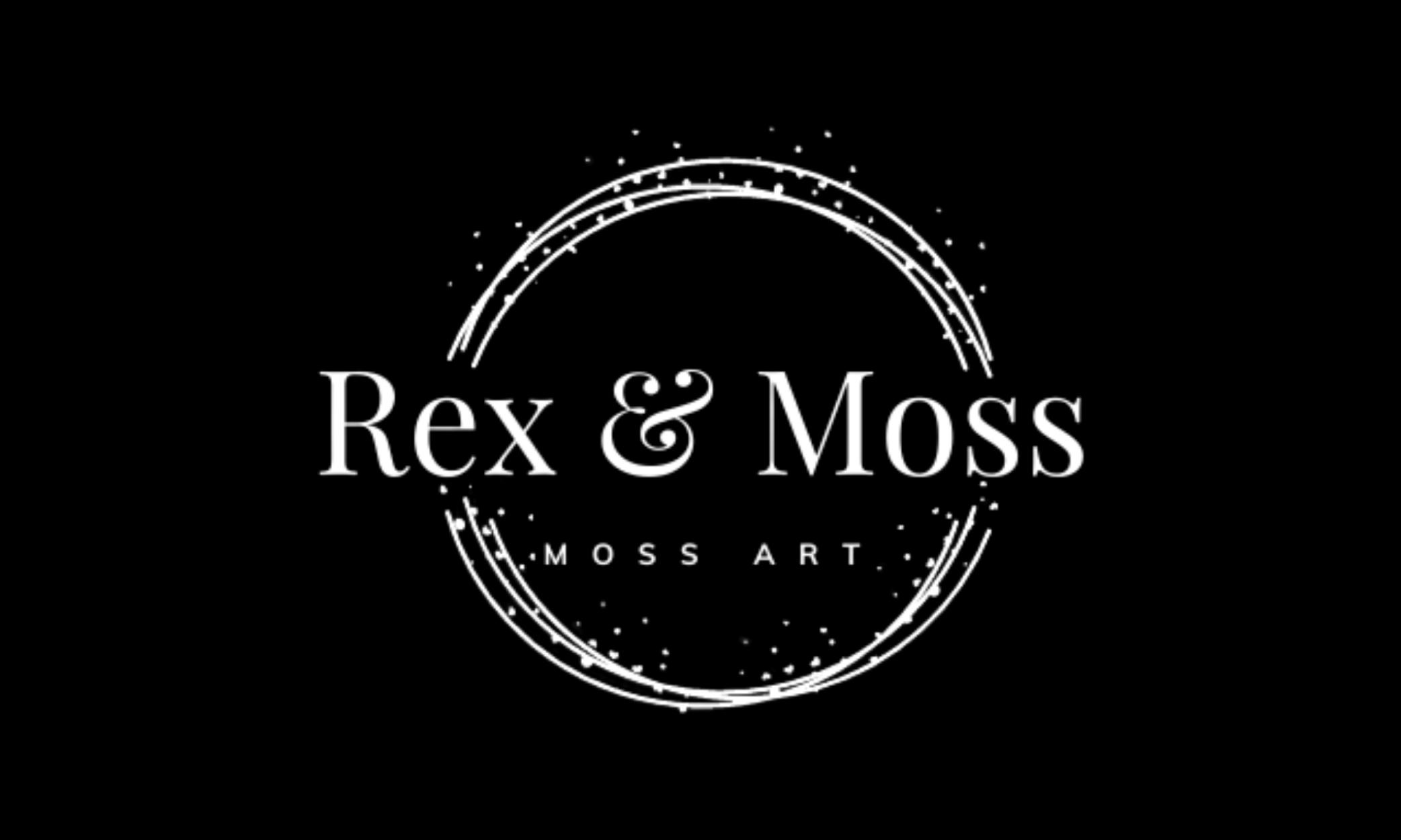 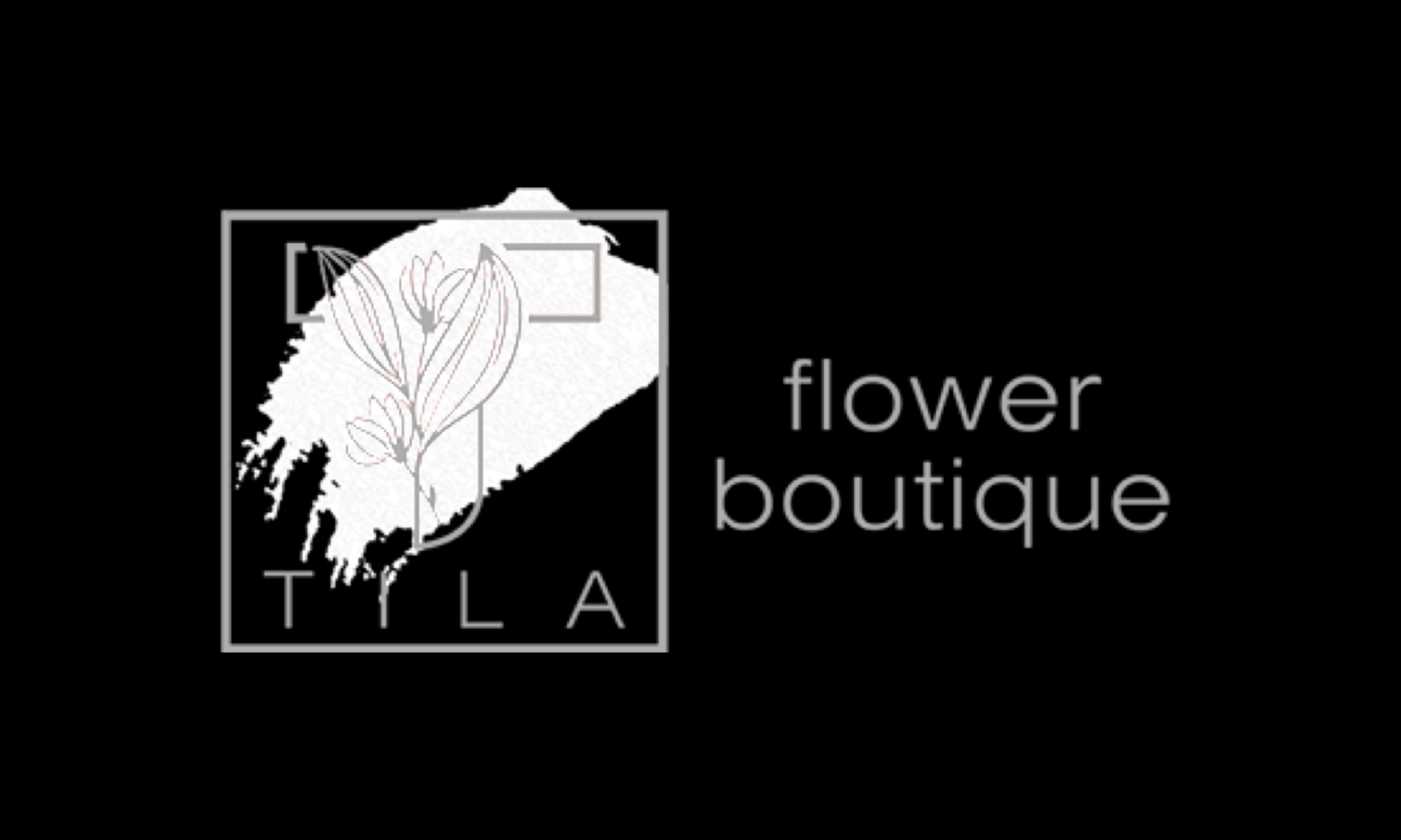